Building a Foundation for Reading 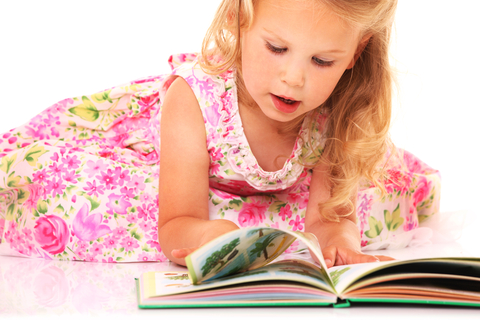 Many children struggle with learning to read while others quickly master the ability to decode. For those children who are at risk for reading difficulties down the road, early development of phonological awareness can be the path to reading mastery. Research has repeatedly shown that a strong grasp of these foundational skills can truly predict future literacy development and strengthen emerging literacy knowledge. But what is phonological awareness? Phonological awareness is an understanding of words and their structure. Children with a strong knowledge of the phonological structure of words understand that there is a connection between sounds (i.e., phonemes) and letters and understand part-whole relationships (i.e., a sentence is made up of words, words are made up of syllables and sounds). Phonological awareness skills are truly the building blocks for reading and are a critical prerequisite for later literacy acquisition.

Rhyming: Recognition of rhymes is an earlier phonological awareness skill. First, have your child identify words that rhyme out of three choices (e.g., “Ball, spoon, moon. Which words rhyme?). Later, ask your child to identify a rhyming word on his/her own (e.g., “Can you think of a word that rhymes with spoon?”). There are tons of great books that have rhyming built in. Some of our favorites include Brown Bear, Brown Bear, What do you See? by Bill Martin Jr. and Eric Carle and Is your Mama a Llama? By Deborah Guarino.

Segmentation: Your child can practice segmenting on a variety of different levels. Begin with segmenting sentences into words by having your child clap or count the words in a sentence (e.g., “How many words are in the sentence: ‘I want food?’”). Later, move on to segmenting words into syllables (e.g., “Butterfly” has 3 syllables – but-ter-fly) and syllables into phonemes (e.g., “Cat” has three phonemes c-a-t).

Manipulation: The ability to manipulate sounds and syllables within words is a more complex task and develops later than those described previously. Manipulation involves the ability to change phonemes and syllables within words in order to create new words. For example, you may tell your child, “Say snowball. Now change ‘ball’ to ‘man’ to create a new word” in order to practice manipulation at the syllable level. You can make the task even more difficult by practicing manipulation at the sound level (e.g., “Say ‘hog.’ Now change the ‘h’ to an ‘l’ to create a new word”).

Phonological awareness does not end in preschool. It is important to practice these tasks into your child’s elementary school years in order to ensure that he/she maintains a strong foundation in reading as he/she begins more advanced literacy instruction.